“The groundbreaking peer-reviewed research…asserts that the CDC willfully violated multiple federal laws including the Information Quality Act, Paperwork Reduction Act, and Administrative Procedures Act at minimum. (Publishing Journal – Institute for Pure and Applied Knowledge / Public Health Policy Initiative) Most notably, the CDC illegally enacted new rules for data collection and reporting exclusively for COVID-19 that resulted in a 1,600% inflation of current COVID-19 fatality totals,” the watchdog group All Concerned Citizens declared in a statement provided to NATIONAL FILE, referring to the Institute for Pure and Applied Knowledge study.

“The research demonstrates that the CDC failed to apply for mandatory federal oversight and failed to open a mandatory period for public scientific comment in both instances as is required by federal law before enacting new rules for data collection and reporting. The CDC is required to be in full compliance with all federal laws even during emergencies. The research asserts that CDC willfully compromised the accuracy and integrity of all COVID-19 case and fatality data from the onset of this crisis to fraudulently inflate case and fatality data,” stated All Concerned Citizens.

“On March 24th the CDC published the NVSS COVID-19 Alert No. 2 document instructing medical examiners, coroners, and physicians to deemphasize underlying causes of death, also referred to as pre-existing conditions or comorbidities, by recording them in Part II rather than Part I of death certificates as “…the underlying cause of death are expected to result in COVID-19 being the underlying cause of death more often than not.” This was a major rule change for death certificate reporting from the CDC’s 2003 Coroners’ Handbook on Death Registration and Fetal Death Reporting and Physicians’ Handbook on Medical Certification of Death, which has instructed death reporting professionals nationwide to report underlying conditions in Part I for the previous 17 years. This single change resulted in significant inflation of COVID-19 fatalities by instructing that COVID-19 be listed in Part I of death certificates as a definitive cause of death regardless of confirmatory evidence, rather than listed in Part II as a contributor to death in the presence of pre-existing conditions, as would have been done using the 2003 guidelines. The research draws attention to this key distinction as it has led to significant inflation in COVID fatality totals. By the researcher’s estimates, COVID-19 recorded fatalities are inflated nationwide by as much as 1600% above what they would be had the CDC used the 2003 handbooks,” stated All Concerned Citizens.

“Then on April 14th, the CDC adopted additional rules exclusive for COVID-19 in violation of federal law by outsourcing data collection rule development to the Council of State and Territorial Epidemiologists (CSTE), a non-profit entity, again without applying for oversight and opening opportunity for public scientific review. On April 5th the CSTE published a position paper Standardized surveillance case definition and national notification for 2019 novel coronavirus disease (COVID-19) listing 5 CDC employees as subject matter experts. This key document created new rules for counting probable cases as actual cases without definitive proof of infection (section VII.A1 – pages 4 & 5), new rules for contact tracing allowing contact tracers to practice medicine without a license (section VII.A3 – page 5), and yet refused to define new rules for ensuring that the same person could not be counted multiple times as a new case (section VII.B – page 7),” stated All Concerned Citizens.

CDC where releasing everything that you have committed as a crime 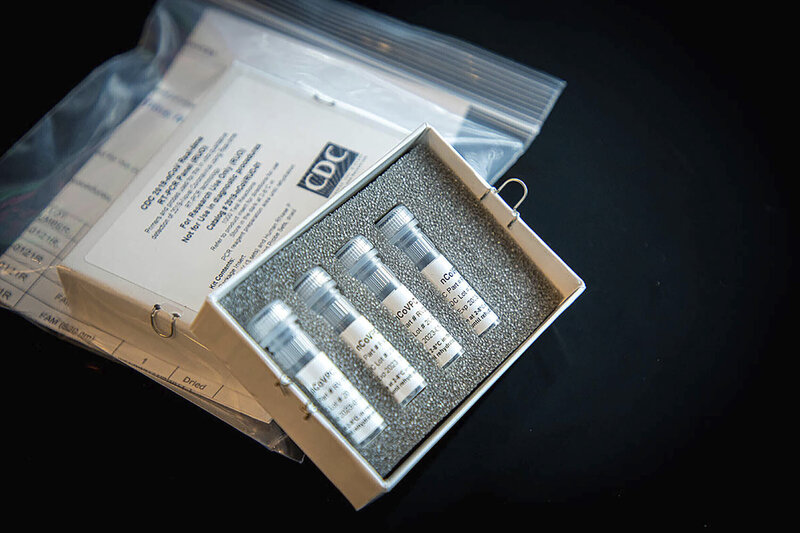 The CDC (Centers for Disease Control and Prevention) whistleblower who has come forward with proof that the CDC knowingly covered up scientific evidence linking the MMR vaccine to autism has now been revealed as William W. Thompson, Ph.D. To share this story, use tags

Natural News has acquired a letter from William Thompson to former CDC head Dr. Julie Gerberding, dated February 2nd, 2004. The date of this letter is important because a pivotal Institute of Medicine (IoM) meeting on vaccine safety took place just one week later on February 9th. (See the full letter below.)

In this letter, William Thompson says he will be “presenting the summary of our results from the Metropolitan Atlanta Autism Case-Control Study,” and he laments that the data will show MMR vaccines cause an increased risk of autism in youth African-American babies. He explains

“I will have to present several problematic results relating to statistical associations between the receipt of MMR vaccine and autism.”

He then goes on to implore Dr. Gerberding to respond to questions that had been raised by “Representative David Weldon” regarding the integrity of CDC scientists working in the immunization program. He also explains that the CDC has been covering up the truth about the safety problems the agency’s scientists had documented with vaccines, saying:

In response to this letter, the CDC took deliberate action to retroactively alter the outcome of the autism study by arbitrarily eliminating most subjects from the study, thereby shrinking the sample size to a small data set that would not achieve statistical significance. This is a clear and irrefutable case of scientific fraud. This fraud allowed CDC scientists such as Colleen Boyle to testify before Congress that there was “no credible link” between MMR vaccines and autism.

The mainstream media is pulling out all the stops to try to memory hole this breaking news story. When a citizen journalist posted the facts of the story to a CNN iReport page, CNN quickly removed it to prevent the public from learning the truth about this extraordinary moment in medical history.

The story has now been reposted at another CNN iReport page which will no doubt be censored and removed by CNN very quickly as well. But here’s the screenshot of what this page showed at the time of this writing: